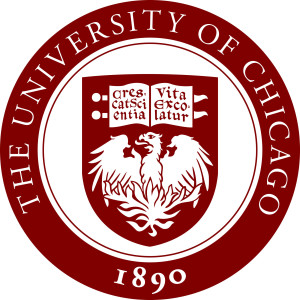 In a near-unanimous vote, Harper-Schmidt Fellows at University of Chicago have ratified their first union contract, a four year agreement with significant progress in wages, childcare funding, and research opportunities. Harper-Schmidt Fellows formed their union with SEIU Local 73 in January of 2016, a month after the bellwether union election where part time and full time faculty at the University of Chicago voted 3-1 to form their union as part of SEIU Local 73. Harper-Schmidt Fellows, as part of the Society of Fellows in the Liberal Arts at the University of Chicago, is an interdisciplinary organization of both senior and junior fellows, dedicated to promoting liberal arts teaching and scholarship. They teach core courses in humanities, social sciences, and western civilization.

“I am thrilled that we have ratified our contract as the first unionized faculty group at the University of Chicago. Negotiations were far from easy to say the least, but we ended up with a contract that we believe is fair and beneficial to both sides. We look forward to working with the administration to advance the interests of our membership and our students,” Mark Berger, Harper-Schmidt Fellow (Core: Human Being and Citizen), 3rd year.

Highlights of the contract include:

“As someone starting my first year here, I’m grateful for all of the work the current and previous fellows have done in paving the way for this victory. With this contract, we will be able to develop our research and publishing profiles in order to be more competitive on the job market; moreover, the childcare subsidy is an important step in recognizing the rights and needs of our colleagues with families,” Meghanne Barker, Harper-Schmidt Fellow (Core: Self, Culture and Society), 1st year.

The contract ratification marks the latest milestone in the growing faculty union movement in Chicago. Since 2015, non-tenure faculty and grad student workers at Loyola and non-tenure eligible faculty at Northwestern have joined SEIU Local 73 in a shared effort to raise standards in higher education and have their voices heard. Contract negotiations among the full time and part time lecturers at University of Chicago are ongoing.

“The non-tenure track faculty are overjoyed that our Harper-Schmidt colleagues have ratified their first collective bargaining agreement! This agreement will allow the faculty to advance their scholarship, benefiting their students, their field, and the University. We congratulate them on gaining improved working conditions through the hard work of negotiations and are inspired by their example to reach our own collective bargaining agreement!,” Dmitry Kondrashov, Senior Lecturer, BSCD.